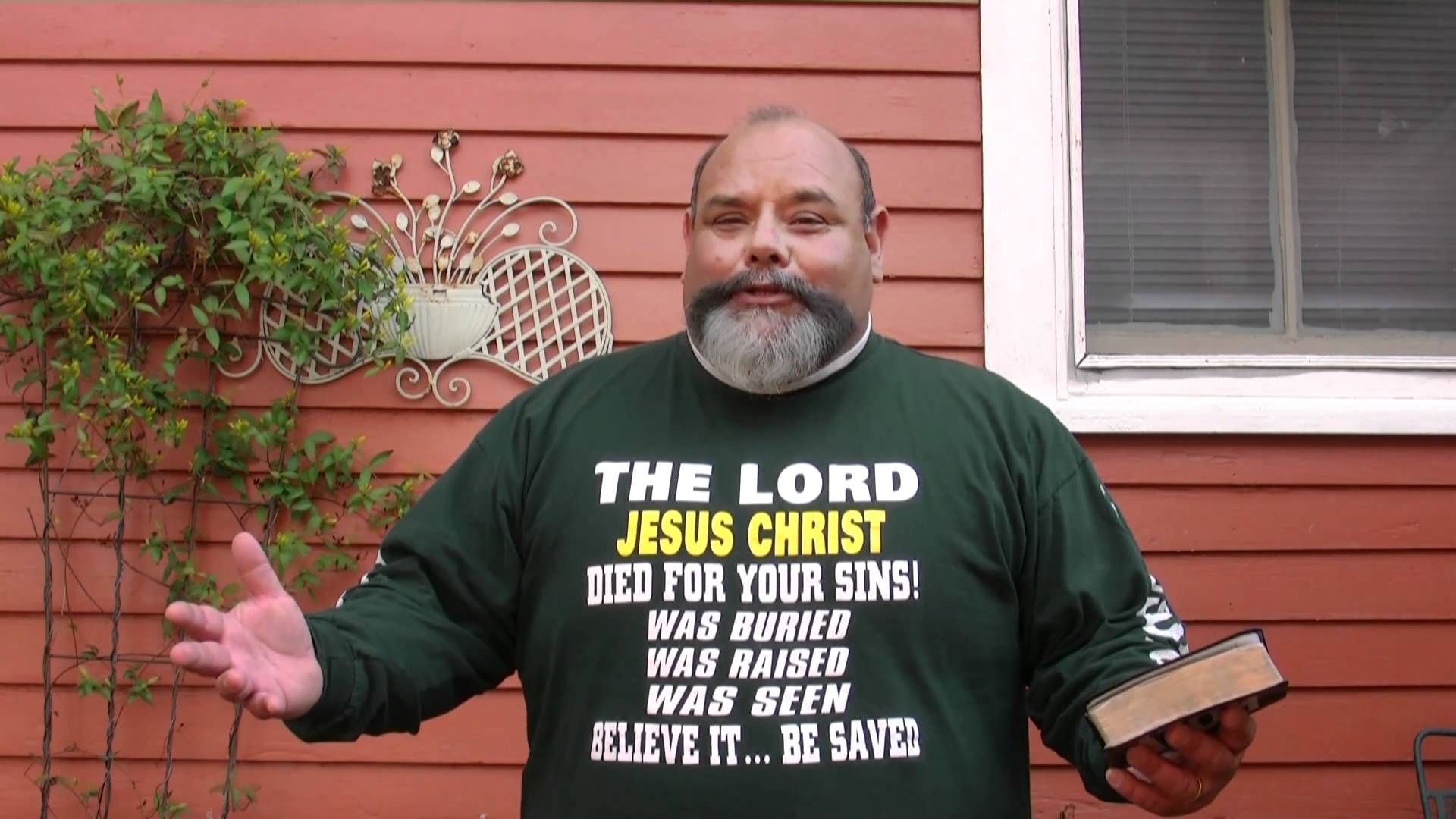 Jesus himself stood among them and said to them, “Peace be with you.”

They were startled and terrified, and thought that they were seeing a ghost.

He said to them, “Why are you frightened, and why do doubts arise in your hearts? Look at my hands and my feet; see that it is I myself. Touch me and see; for a ghost
does not have flesh and bones as you see that I have.”

And when he had said this, he showed them his hands and his feet.

While in their joy they were disbelieving and still wondering, he said to them, “Have you anything here to eat?”

They gave him a piece of broiled fish, and he took it and ate in their presence.

Then he said to them, “These are my words that I spoke to you while I was still with you—that everything written about me in the law of Moses, the prophets, and the psalms must be fulfilled.”

Then he opened their minds to understand the scriptures, and he said to them,“Thus it is written, that the Messiah is to suffer and to rise from the dead on the third day,

and that repentance and forgiveness of sins is to be proclaimed in his name to all nations, beginning from Jerusalem.

You are witnesses of these things.

And see, I am sending upon you what my Father promised; so stay here in the city until you have been clothed with power from on high.”

I was in a church meeting the other night with a bunch of faithful Presbyterian folks and I asked them what they think about the word, “evangelism.”  I have found evangelism to be one of those “churchy” words that evoke a strong reaction depending what sort of Christians you are speaking with.

Most of the people the other night bristled at the word, because for them the word “evangelism” smacks of street corner preachers shouting about hell, or folks like the Jehovah’s Witnesses or Mormons who knock on your door on a Saturday morning and would just like a few minutes of your time to talk about your eternal soul. No? Well, can we leave some pamphlets with you?

We Presbyterians don’t do much door knocking, do we?  You don’t often find us yelling on a street corner and handing out brochures about hell.  But sometimes I wonder why it is we treat the story of Jesus’ life, death and especially his resurrection like it’s a secret?  As if the good news is private story we only share with one another on Sunday mornings? We wouldn’t want to bother anyone, would we?

That’s one of the reasons I love all of these post resurrection, pre-ascension stories in the Gospel.  Each gospel writer except for Mark gives us testimony about how the disciples reacted to the news of Jesus’ resurrection.  It sure seem that they wanted to keep Christ’s story a secret, at least at first. And to say the disciples are “bothered” by resurrection is an understatement.

In the gospel of Luke, on Easter morning, the disciples hear the good news when the women return from the empty tomb and say, “He is risen! Just like Jesus said!”

The disciples were disbelieving. Doubting. Scared sick.  And I don’t blame them.

Have you ever been in that place?  Scared sick?

Have you ever felt like life was spiraling out of control?

Have you ever been in a situation where all hell had broken loose and you had absolutely no idea how to put your world back in any kind of good order?

That’s how it was for the disciples.

They had their last supper with Jesus. They went to pray in the garden.

Then, everything spiraled out of control. All hell had broken loose. The authorities arrived, arrested Jesus, and by noon the next day, the Roman soldiers were nailing him to the cross.

A few days later, before they could figure out what do with their grief, the disciples heard this ridiculous story from the women.  Peter goes and sees the empty tomb and doesn’t know what to make of it.

He’s amazed, the text tells us, but Peter doesn’t tell anyone.  Instead, Peter goes home.

In our text today, Jesus appears the disciples in Jerusalem after appearing to Cleopas and his buddy on the Emmaus Road late in the day on Easter Sunday. As you may recall, that story begins with the two men telling a stranger about their broken dreams.  Cleopas and his friend are scared sick and don’t know what to do.  They heard the women’s story. They heard about the empty tomb. But they are scared sick.

“We had such hopes,” they cry and moan as the stranger sidles up beside them.

“We had such hopes that this Jesus of Nazareth would be the one to redeem Israel.”

But that’s all over now, as far as they can see.  As they walk along the Emmaus Road, all
they can remember is blood, pain, despair and death.

We had such hopes.

Nothing turned out the way in which the disciples thought it would.  No overthrow of Rome. No miraculous triumph.  Just death. Ugly, wasteful, horrible death.

The stranger listens to them and as they walk along, he begins to talk with them.

The two disciples are so transfixed by this stranger that when night falls, they ask him not to go. They want to hear more. They want to continue the conversation about the things that are troubling their minds and their souls.  Cleophas and his friend don’t know the stranger is Jesus yet, but we do.

As they sit down for supper, they finally recognize Jesus. Jesus is the one who has taken all their broken hopes and scared sickness, and redeemed it all in a way that seemed unthinkable just a few hours before.  Cleophas and his companion don’t just walk, they run back to Jerusalem to tell the disciples what they have seen.  Jesus is alive.

But the disciples in Jerusalem do everything they can to resist resurrection possibilities.  Even when Jesus comes to them.

Jesus comes to them and they are startled and afraid.   Resisting resurrection.

Jesus comes to them and they think they see a ghost.  Resisting resurrection.

Jesus comes to them and they doubt.  Resisting resurrection.

Jesus shows them his hands and feet, flesh and bones and they disbelieve.  Resisting
resurrection.

Jesus offers them the chance to touch him and still they still wonder.  Resisting
resurrection.

Finally, Jesus eats a piece of fish and says, I’ve told you once and I’ll tell you again – you can trust me.  You can trust what your eyes see, even if your mind is telling you it cannot be possible.

Jesus says.  You are the witnesses to all that is now possible because of my resurrection.

You will have the Holy Spirit so you will continue to see the world in an entirely new way, and witness to the world what you have seen.

You have been given new life to live in a new way so that they world will see me at work in your bodies.

You are the witnesses of these things.

We are the witnesses of these things.

If we truly believe that the Living Christ is present with us through the power of the Holy Spirit in the same way he was present for Cleophas and the disciples, how might that make our lives different?

We know the difference it made for the disciples. They got out of that room.  The Book of Acts tells us how they put their lives on the line to begin a movement that would change the world.

What difference does Resurrection really make in the world for you? For me?  What does it mean to be a witness to the Resurrection?

I think there’s a difference between being a witness to the Resurrection, and trying to PROVE the Resurrection. I think that’s why we get hung up on evangelism. Being witness means something different than talking someone or berating someone into believing.

Jesus doesn’t call us to prove Resurrection.  He calls us to be witnesses. Like in a courtroom, witnesses are not judge or jury. They give testimony. Witnesses tell the story of what they have seen, heard and experienced.

Like a witness in a courtroom, we don’t know everything about God’s plan and we can’t prove anything,but what we can say about the Resurrection is that we know it’s true because it happens to us, and we have seen it happen in others. We have experienced the living Christ in the way in which broken things are restored, and sin sickness is cured in ways large and small.

We can testify that Resurrection has changed our lives and transformed our way of living. Because Resurrection is not only about what happens when we die, but also shapes the way in which we live.  Or it should.

In a recent article, the head of our presbytery, Sheldon Sorge, observes that witnessing to the Resurrection is as hard for us to do today as it was for the disciples.  Sheldon observes that the Easter season is the longest single season of the church year, apparently because we need the Easter message of Resurrection to be hammered home even harder than the repentance themes of Advent and Lent.  In fact, the early church determined that each week, Christians should celebrate Resurrection by having worship each and every Sunday, as a “little Easter.”

It seems to me that if Resurrection doesn’t make a real and visible difference in our lives in the right here and the right now, then the people who look at Christians with a rather cynical eye are absolutely right in wondering exactly what it is we’re up to here on Sunday mornings.

If the Resurrection we affirm today doesn’t make a difference in the way we live tomorrow, then maybe the cynics about the church are right.  If Resurrection is just about what happens at the end, then maybe Resurrection really is what many people say — a fairy tale to make ourselves feel better about the fact that we’re going to die.

After all, what we are dealing with in the Easter isn’t verifiable fact that we can prove, but Gospel truth, and the only way to prove gospel truth is to attach it to some sort of reality — like the way we live.  If people cannot see the truth of Resurrection in our lives, why should they believe it our words about it?

We hear the resurrection story so often that it has become an abstraction cloaked in daffodils and Easter eggs and spring time. We forget the power that shook the world and shook the political and religious establishment to its core. We forget this collusion of military and religious authorities who tried their best to make Friday’s crucifixion the end of the story.

But despite everyone’s best efforts to control history, God’s purpose was not snuffed out on Good Friday.  Not by the longest shot. By conquering death, Jesus removed every barrier against God’s kingdom happening right here on Earth.

There were moments of fear. And there still are.

There were moments of doubt. And there still are..

There were moments in which the disciples’ survival didn’t seem at all certain.

And that is still true for us.

May our words, our actions, and our lives bear witness to our only source of love, of hope, of joy.

Thanks be to God.