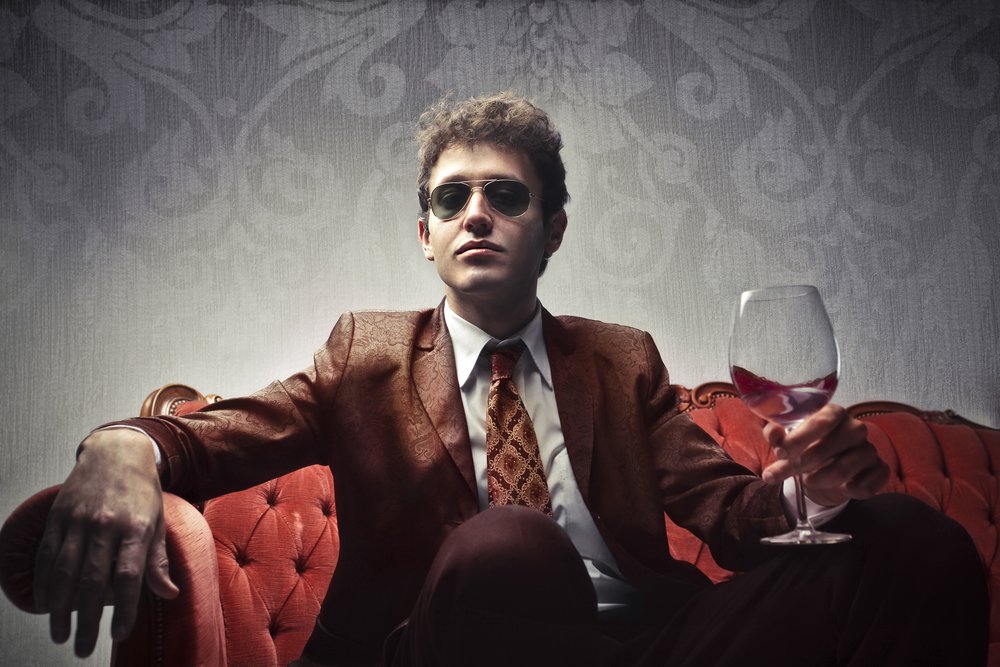 I don’t know what Scripture texts you’ve been hearing over the last couple of weeks. But I I’ve been preaching through Matthews parables and today is the last Sunday I have to deal with these difficult stories told by Jesus. Thank goodness, next week is Christ the King Sunday, the last Sunday before we launch into Advent, and the final reading of Year A is everyone’s favorite, sheep and goats and hearing about what it means to welcome Jesus by giving out water and visiting prisoners.

I’d love to skip ahead because I am a big fan of sheep and goats, and the last part of Matthew 25 is pretty straightforward. Unfortunately, today we have to deal with this part of Matthew 25, what I call the BigBigMoney parable.

Most interpretations of this text say God is the master. God is the master who gives us all of these amazing gifts and it’s up to us to maximize God’s investment.  The whole “don’t hide it under a bushel” thing.

Through the years, biblical interpreters have given a big hip hooray! for the first two servants for their financial diligence and investment prowess.  The first two slaves double God’s investment.

But that third slave.  That guy –the one who buries the talent and doesn’t even bother to open a passbook savings account and earn at least ½%.  That slave makes the master really, really mad.  He’s wicked, he’s lazy, he’s a scaredy cat, he is consumed with fear. In fact, the most charitable thing said about slave number is three is he knows nothing about the miracle of compound interest.

It’s almost too easy to beat up on slave three.  Like shooting homiletical fish in an exegetical barrel.  Preachers through the years have been pretty consistent in their critique.  A commentator summed up some of the criticisms about the third servant, thus saving me the trouble of hunting through the Google to find them:

CH Dodd in 1935 said this is “the story of a man whom overcautious and cowardice led into a break of trust.

TW Manson in 1945 says: “The punishment for neglected opportunity is deprivation of opportunity.”

Dan Via in 1967: “The third servant’s refusal to risk led to repressed guilt, resulting in the loss of opportunity for meaningful existence.”

One more.  John Donahue in 1988 said that the servants “fatal flaw” was that “Out of fear of failure, (the third servant) refused to even try to succeed.”[1]

There you have it. The third servant is a loser. Capital L.  A fatal flawed failure face. There is a historic and nearly universal consensus that the third servant got what was coming to him.

So really, why do we even need to talk at all about this parable?

Well, since we’re all here anyway, and since I am always suspicious when the consensus around any bible text is a little too tidy, we may want to notice some other things.

I for one remember from my Sunday school lessons that the amount of money changing hands in this parable is pretty astonishing.

Scholars estimate that one talent in ancient times represented about 15 or 20 years worth of manual labor.  So the five talents given to the first servant represented 75 or 100 years worth of work – probably much more than double the average working lifetime of the people hearing Jesus tell this story.

So right there, the people listening to Jesus were probably blown away at the amount of money the master entrusts to the servants. Five talents?  That’s nuts!  Two talents?  Still outrageous.  One talent? Still a great big chunk of change.

So we’re not talking about just a lot of money here, but amounts somewhere in the mega millions stratosphere.  Now Jesus may be exaggerating to make a point, but it is clear that he means to say that the master is handing over some serious cash.

The only people who had mega millions in ancient times were the wealthy elite – 1st century Warren Buffetts and Bill Gates.

And the wealthy elite got their money in many of the same ways rich people get money today – they engaged in trade, got goods to market, ran import-export businesses, and lent money to people at interest.

And lending to poor people, especially farmers, was an extremely profitable line of business in Jesus’ time.

Farmers often needed a loan to make ends meet when there was a drought or some other major catastrophe. When things on the farm started going downhill, poor farmers would scramble to find the best interest rate they could, put up land as collatateral, and hope for the best.

By the time most of farmers got around to noticing the insane interest rate they’d been charged, it was too late.  They had already made their deal with the 1st century pay day lender.  The lender would foreclose and the farmer would lose ownership of the land.

But the farmer could usually stay on the land, as long as they were willing to keep on working, no longer for themselves, but for their master.

So that might be the kind of scenario we’re dealing with in this parable.  The three slaves might be three formerly independent farmers who are now dependent upon their very rich master who now owns their land.

The three may have even risen through the ranks to become employees in master’s financial empire, managing various parts of the master’s business.  With that amount of cash sloshing around, the servants of the master could probably even pocket some extra cash on the side.

As long as they kept an eye on their master’s interests and delivered what the master expected, the system hummed along.  In fact, the better the master did, the better his slaves did.  So it wasn’t surprising that the master invites the first two servants who have doubled his money to enter into his joy:

“Well done, good and trustworthy slave; you have been trustworthy in a few things, I will put you in charge of many things; enter into the joy of your master.”

These former farmers weren’t dummies.  They adapted to a corrupt system that wasn’t of their making.  And the ones who did well, like the first two servants — earned more opportunities to make their master even more fabulously wealthy.

I don’t know about you, but I can’t help but wonder – why did we get the idea that the master who is going on a journey is a stand-in for God? Doesn’t a traditional interpretation sort of make God sound like sort of a jerk?

Do we really see God as a master who would say to a starving farmer, “those who have nothing, even what they have will be taken away?”

Maybe the master in this parable isn’t God after all.

Maybe Jesus tells this parable to help us draw a distinction between an earthly master who invests to turn a profit, and the God we know in Jesus Christ who invests everything,  gives away everything including his own life, simply out of love.  Maybe this parable is told by Jesus to help us see God as something other than the worst boss any of us has ever had.

Maybe Jesus tells this parable just a few days before he will give his life away on the cross to show us just how far God will go to release us from the kind of fear that drives us to bury our lives long before we’ve actually stopped breathing.

Jesus spends his entire life investing his life in a way that would puzzle most masters of the universe. Jesus pours out himself, feeding the hungry, healing the sick, offering forgiveness and welcoming everyone. And just in case we miss this message of radical love, God raises Jesus on the third day to demonstrate that death and fear are no longer our masters.

Maybe the closest thing we have to a divine figure in this parable is the third servant who refuses to participate in the scheme.

Maybe the hero of the story is the third servant who sees the system and the master for what it is – a system in which masters harvest what they do not sow, and servants who do not play along are cast into outer darkness.

Maybe the third slave has made a different calculation and has decided the outer darkness is far preferable to aa sick and dehumanizing system.

Maybe the third servant just didn’t have the stomach for it anymore.  Maybe he just said, eh. I don’t think so.

In any case, by digging a hole and burying the talent in the ground, the third slave has at least taken the ill-gotten cash out of circulation – at least for a while.  And maybe sometimes, that’s just the best we can do. One small act of resistance.

You have to wonder what the people who heard Jesus tell this parable had to say about the master and the servants.

You have to wonder what the people who first heard this story thought about the third servant.

Maybe they said he was a fool or a coward, just as so many readers and preachers have said throughout the years.

Or maybe, just maybe – a few people thought to themselves, yeah.  The third servant said exactly what they had always wanted to say to the masters in their lives – enough.  I have had enough. I’m done.

I read an article a couple years ago about Anton Schmid who was a sergeant in Hitler’s army. Schmid was so moved by the suffering he observed in the Jewish ghettos in Lithuania that he managed to save 250 Jews before he was arrested by the Germans.  In one of his last letters to his wife before he was executed, Schmid wrote about his horror at the sight of mass murder and of “children being beaten.”  He wrote to his wife, “You know how it is with my soft heart.  I count not think and had to help them.”  In his last letter before his death, Schmid wrote, “I merely behaved as a human being.”

The author of the article says this about Schmid: “’Merely’ had become the wrong adverb; ‘exceptionally’ would be better.  Schmid’s resistance was almost unknown.  It can be singular just to be human.  It can be very lonely.  It can cost you your human life.”[2]

And because it takes one to know one, it takes an exceptional human being to invite us to also lay down our lives and commit our lives to receiving the gifts of a different master, in a different system, otherwise known as the Kingdom of God.

It’s crazy.  It makes no sense.  It’s an investment strategy that won’t lead to a bigger house, or a comfortable retirement, or even an easier life.  But it’s God’s economy of grace, pure and simple.

Thanks be to God.  Amen.