In Search of A Non-Offensive King 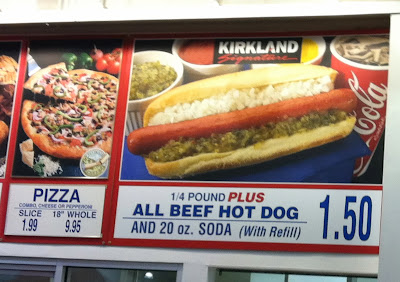 Luke 23:33-43
33When they came to the place that is called The Skull, they crucified Jesus there with the criminals, one on his right and one on his left. 34Then Jesus said, “Father, forgive them; for they do not know what they are doing.” And they cast lots to divide his clothing. 35And the people stood by, watching; but the leaders scoffed at him, saying, “He saved others; let him save himself if he is the Messiah of God, his chosen one!” 36The soldiers also mocked him, coming up and offering him sour wine, 37and saying, “If you are the King of the Jews, save yourself!” 38There was also an inscription over him, “This is the King of the Jews.” 39One of the criminals who were hanged there kept deriding him and saying, “Are you not the Messiah? Save yourself and us!” 40But the other rebuked him, saying, “Do you not fear God, since you are under the same sentence of condemnation? 41And we indeed have been condemned justly, for we are getting what we deserve for our deeds, but this man has done nothing wrong.” 42Then he said, “Jesus, remember me when you come into your kingdom.” 43He replied, “Truly I tell you, today you will be with me in Paradise.”
There was an online article this week about how a Twitter post by a random pastor got some people really, really mad at Costco.  It all began when a pastor walked into a Costco in California in search of a gift for his wife.  While browsing in Costco’s book section, he saw a stack of Bibles for sale with labels on them that said, “fiction.”  This stuck him as a very odd thing, so he took a picture of it with his phone and tweeted the photo with a comment that said, “Costco has bibles for sale under the genre of FICTION.  Hmmmmmm….”[1]It may not surprise you to learn that the photo quickly went viral on the Internet.  Within a couple of hours, hundreds of people saw the photo of the “fictional” bibles and some were even calling for a boycott of Costco.  Turns out that it was not Costco, but the book distributor who made an error in labeling the bibles for that one particular store and Costco later apologized for the mistake.  But some people are still pretty mad about it.  One pastor said, “Christians need to call out organizations like Costco whose actions undermine Christianity- regardless of whether those actions are accidental or intentional.”[2]
Christians in this country, I think, are becoming known for being offended by anything.  We don’t need Costco to undermine our faith.  We pick ridiculous battles and end up undermining ourselves whether it’s accidentally or intentionally.  If the resurrected Jesus walked into a Costco today and saw Bibles labeled as fiction, I think it less likely that he’d take a picture and tweet, and more likely that he would laugh and then multiply the $1.50 hot dogs in the snack bar so that every one in the place could enjoy a bountiful feast.
In case I forgot to mention it, I think the $1.50 Costco hotdogs are absolutely delicious.   Jesus would win far more followers by multiplying Costco hotdogs than by throwing a hissy fit over a labeling error.
I thought about this story as I was reading the history of Christ the King Sunday or Reign of Christ Sunday.  This is a relatively new feast day in the Christian church, established less than 100 years ago in 1925, in the period between the two great world wars.  Although there weren’t many kingdoms left in 1925, the church at the time was worried about increasing nationalism as well as secularism in Europe.  By invoking the kingship of Jesus, they hoped to reinforce the claim of Jesus being ruler of all human institutions, political entities, and every economic and culture construct.   Although they did not throw a hissy fit to prove it, I suspect that church leaders were more offended that the CHURCH was losing authority than they were about Jesus losing authority.