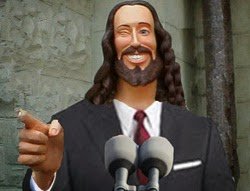 NOTE: Sermons are aural events; they are meant to be heard, not read. The text below — which was not delivered exactly as written — may include errors not limited to spelling, grammar and punctuation of which the listener might be unaware and with which the preacher is unconcerned.

The sermon on Palm Sunday was cut short by a medical emergency involving one of our members attending worship.  She was taken by ambulance to a local hospital.  We pray for her wholeness and healing, and are thankful for the members of our congregation who tenderly cared for her while waiting for medical help.

Philippians 2:1-11
If then there is any encouragement in Christ, any consolation from love, any sharing in the Spirit, any compassion and sympathy, make my joy complete: be of the same mind, having the same love, being in full accord and of one mind. Do nothing from selfish ambition or conceit, but in humility regard others as better than yourselves. Let each of you look not to your own interests, but to the interests of others.
Let the same mind be in you that was in Christ Jesus, who, though he was in the form of God, did not regard equality with God as something to be exploited, but emptied himself, taking the form of a slave, being born in human likeness. And being found in human form, he humbled himself and became obedient to the point of death— even death on a cross. Therefore God also highly exalted him and gave him the name that is above every name, so that at the name of Jesus every knee should bend, in heaven and on earth and under the earth, and every tongue should confess that Jesus Christ is Lord, to the glory of God the Father.
A couple of years ago, I read a book called, American Savior, A Novel of Divine Politics.  At the beginning of the book, we meet Russ Thomas, a TV reporter, who is sent to cover a story of a young child who had fallen three stories, seemed dead, and came back to life when a stranger came up and touched him.  Some people were calling it a miracle, but Russ remained skeptical. Later, he’s sent to a hospital where the same stranger has visited a young girl and seemingly cured her of a chronic illness.
The stranger becomes known as “The Good Visitor,” and he turns out to be Jesus Christ. One day, Jesus calls Russ and tells him that he’s running for President of the United States and would like for Russ to work on his campaign. Russ is not convinced at first, but finally agrees when Jesus visits Russ’s girlfriend in a dream.
Jesus assembles a ragtag campaign team and heads out on the road as the candidate for The Divinity Party.  Jesus runs an unusual campaign – he doesn’t criticize his opponents and he’s always available to take questions.  I know – very unusual, right?  Jesus’ chances of being elected seem slim as he faces skepticism from both ends of the political spectrum over his platform of kindness and goodness and the fact that he names his mother as his running mate.
At the end of the book, a woman in a crowd screams out her accusation that the candidate is not really Jesus.