“Healing From The Outside In” 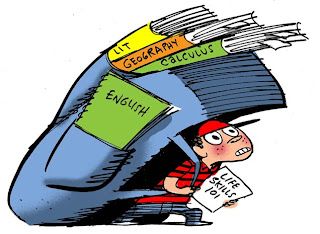 The question is if we can recognize Jesus right in front of us today, offering us freedom from everything that weighs us down.  Freedom from how the world wants to define us.  Freedom to live into identities as children of God – all of us, sons and daughters of Abraham.

Do you remember the law about the Sabbath? There are two versions of the ten commandments, remember – and in the version given in Deuteronomy 5 we hear the instructions given to the people regarding Sabbath:
12 Observe the sabbath day and keep it holy, as the Lord your God commanded you. 13For six days you shall labour and do all your work. 14But the seventh day is a sabbath to the Lord your God; you shall not do any work—you, or your son or your daughter, or your male or female slave, or your ox or your donkey, or any of your livestock, or the resident alien in your towns, so that your male and female slave may rest as well as you. 15Remember that you were a slave in the land of Egypt, and the Lord your God brought you out from there with a mighty hand and an outstretched arm; therefore the Lord your God commanded you to keep the sabbath day.
Remember you were a slave.  Remember that the Lord your God has freed you.  Remember that God has given you this day as freedom from the bondage and oppression under which you once lived.   Remember that this gift is for everyone.  The Sabbath is not about what is restricted.  Sabbath is a gift of freedom.
We need rules, we need order, we need a time for this and a time for that.  But if rules blind us to the grace of God we are lost.  We won’t see how Jesus is working on behalf of those who do not ask for anything anymore because, well, it’s been that way for so long and it is what it is.  But when we are on the outside looking in, perhaps even when we are trying our best not to be noticed by anyone at all, we will be called out by Jesus and all at once, there will a word for us that we did not ask for. (1) And that word is not law, but grace pure and simple.
The law is important, but it must always bow to mercy. The law helps us live better, but grace is the source of life itself.  Law helps order our world, but grace is what holds the world together.  Law keeps us in a safe space within the line, but grace beckons us to push against the margins to see just how far the Word can travel. (2)
For above and beyond all the laws ever received or conceived, the only absolute law that we dare not break is love.  That’s what Jesus said.  Love God.  Love neighbor.  Love God by loving your neighbor.  That’s all there is.  For me.  For you.  For middle school kids with autism and little old ladies with arthritis.  Love is all there is.  If we let it, love will heal us.  And love is always enough.
Thanks be to God.  Amen.
1. Tom Steagald, “Preaching Journal”, Lectionary Homiletics, August 22, 2013
2. David Lose, “The Law of Love,” Working Preacher, August 18, 2013