“A View From The Ditch on the Jericho Road” 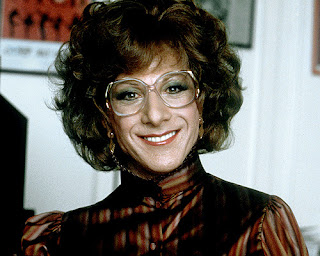 Luke 10:25-37
25Just then a lawyer stood up to test Jesus. “Teacher,” he said, “what must I do to inherit eternal life?” 26He said to him, “What is written in the law? What do you read there?” 27He answered, “You shall love the Lord your God with all your heart, and with all your soul, and with all your strength, and with all your mind; and your neighbor as yourself.” 28And he said to him, “You have given the right answer; do this, and you will live.”
29But wanting to justify himself, he asked Jesus, “And who is my neighbor?”
30Jesus replied, “A man was going down from Jerusalem to Jericho, and fell into the hands of robbers, who stripped him, beat him, and went away, leaving him half dead. 31Now by chance a priest was going down that road; and when he saw him, he passed by on the other side. 32So likewise a Levite, when he came to the place and saw him, passed by on the other side. 33But a Samaritan while traveling came near him; and when he saw him, he was moved with pity. 34He went to him and bandaged his wounds, having poured oil and wine on them. Then he put him on his own animal, brought him to an inn, and took care of him. 35The next day he took out two denarii, gave them to the innkeeper, and said, ‘Take care of him; and when I come back, I will repay you whatever more you spend.’
36Which of these three, do you think, was a neighbor to the man who fell into the hands of the robbers?” 37He said, “The one who showed him mercy.” Jesus said to him, “Go and do likewise.”
This week I watched a video in which the actor Dustin Hoffman talked about his preparation for the movie, “Tootsie.”  In the 1982 movie Hoffman plays a male actor who can’t get a job until he transforms himself into a woman named Dorothy Michaels and gets a role as a female character on a soap opera.  In the video, Hoffman discusses how before agreeing to do the movie, he insisted that the producers show him how he could be convincingly transformed into a woman.  Hoffman wanted to make sure that the makeup artists could so transform his appearance that he could walk down the streets of New York and everyone would believe he was a woman and not a man in drag.
Well, the make up artists did their work and then shot footage to show Hoffman what he would look like playing the character of Dorothy Michaels.  Hoffman looked at himself on film and said, “Well, I do look like a woman.  But couldn’t you make me a little more – well – beautiful?”  The makeup people assured him that what they had done their best and Hoffman was as “beautiful” as he was going to get.
For Hoffman, it was a moment of deep understanding.  He realized that if he had been born a woman instead of a man, the way he appeared as Dorothy Michaels was what he would look like.  And that woman he saw on film was not beautiful, at least by normal standards.  In fact, Hoffman realized that the woman he saw on the screen was the kind of woman he had ignored all his life.
Hoffman realized how much he had missed in his life because he had ignored some women simply because they were unattractive, although they might have been really interesting people.  Hoffman said that the movie, “Tootsie” was never a comedy for him after that.  He realized how deeply steeped he had been in society’s conventions of what makes a woman worthy of attention.  And the missed opportunities to know some extraordinary women saddened him.