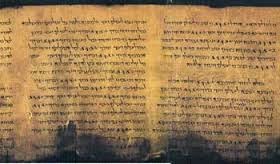 This fall, beginning September 7, we will begin using The Narrative Lectionary (NL) as the basis for the texts preached during Sunday worship services.  The NL is a four-year cycle of readings, which allows the pastor to preach annually through the biblical narrative in order to center the lives of believers in God’s story.  Each week, two texts are assigned – a preaching text and an accompanying text.  The outline for the NL is as follows:

Fall/Advent:  Old Testament readings move through the story of God’s dealings with Israel and culminate in Advent with the prophets who speak of longing and hope and the coming of the Messiah.
Christmas – Lent:  Readings from the Gospels fit the movement from birth of the Messiah at Christmas, the public revelation of the Messiah during Epiphany, and the Passion and resurrection through Lent, Holy Week and Easter.
Easter – Pentecost:  Resurrection accounts, stories from Acts and readings of Paul’s letters tell of the power of the Holy Spirit’s presence through the Easter season to the Day of Pentecost.
The Summer texts focus on particular books or themes in Scripture.

For more information about The Narrative Lectionary, go to the Luther Seminary information page: http://www.workingpreacher.org/narrative_faqs.aspx