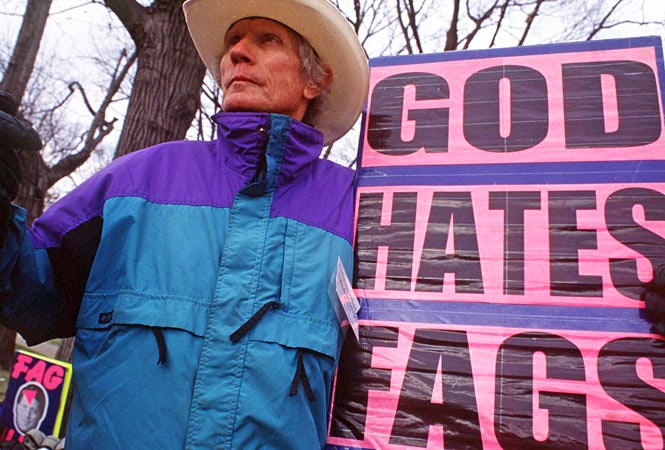 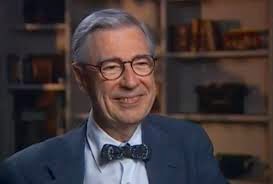 Lenten discipline of the day:
forgive someone.

When Rev. Fred Rogers died in 2003, Rev. Fred Phelps and the members of Westboro Baptist Church showed up in Pittsburgh to stage a protest at Rogers’ memorial service.  Why?  In an interview with the Post-Gazette, this is what Phelps had to say about Mr. Rogers:

“Mr. Rogers gave aid and comfort to homosexuals,” Phelps said, his Mississippi accent dripping with insincerity. “He was a man who preached tolerance of all sorts of people in ways that directly contradicted the Bible. His syrupy teachings led millions astray. He was a wuss and he was an enabler of wusses.”
(http://old.post-gazette.com/columnists/20030307tony107col2p2.asp)

Phelps not only protested at the funeral of Mr. Rogers, but also at the funerals of soldiers killed in Iraq and Afghanistan, linking their deaths to God’s judgment of America for being tolerant not only of gay people, but also Jews, Catholics and others not fitting Rev. Phelps’ definition of “Christian.”  Tolerance, according to Phelps, is not a biblical principle.

To imagine Fred Phelps at God’s heavenly banquet seated next to Fred Rogers is a hard thing to do, but it is a vision of God’s grace that gives hope to all of us who sin and fall short of God’s intention for us.

It is not for me to forgive Fred Phelps for the pain he caused countless people during his lifetime.  His offense was not against me, but against the families and friends of every person who suffered his cruel and hateful tirades.  But his death leads all of us to wonder — who is outside God’s circle of grace and forgiveness?  Can grace teach us something about forgiving what seems unforgivable in our own lives?

Forgiveness is tricky business, I realize.  Sometimes there are harms committed against us that are so deep, we cannot imagine ever being in relationship with the person who has harmed us ever again.  And in some circumstances, keeping a safe distance is the proper, healthy option.

But God is just as interested in what goes on in our hearts.  Learning to forgive again and again is how we imitate God’s grace in our lives.  Loving the agreeable neighbor demands very little of us.  Loving the neighbor or enemy who makes our skin crawl is a spiritual discipline that can free us from living a constricted and rigid life.

When Mr. Rogers said he likes us just as we are, I think he meant it.  He liked our good stuff and our dark stuff.  Rev. Rogers modeled grace and forgiveness throughout his whole life.  So it’s not such a stretch, is it, to imagine him greeting the other Fred with open arms?