I recently ran across an article describing a sermon by Dr. Rowan Williams, former archbishop of Canterbury. This bit caught my attention:

“In his sermon for Christmas Day, Dr Williams tells how, whilst visiting a crèche attached to Bethlehem’s Holy Family Hospital funded by international donations, he cradled an abandoned new born child in his arms. He recounts asking the hospital’s director, Robert Tabash why the standard of care was so good, despite the harsh economic conditions in the town:

That line, “The poorest deserve the best,” has been rolling around in my mind over the past week or so. Particularly in context with the conversations I have on a nearly daily basis with colleagues and other church folks about the financial mess in which the denomination finds itself, and what it is we can and cannot afford to do. One of the “things” on the chopping block seems to be a commitment to mission and ministry in those neighborhoods, communities, and even countries on the other side of the world (looking at you Malawi and South Sudan) in which it is not at all clear that the (poor) people who live there can, as a dear friend once quipped to me more in sorrow than in anger, “afford Jesus.”

We do not plant new churches in neighborhoods where the median income suggests that the congregation will never, ever be “self-sustaining.” Even our minimum salary requirements for ordained clergy mean that a poor congregation might be lucky if it can afford a part-time pastor, while a more affluent congregation across town has 2 or more full-time ordained people hanging around (one of which is probably a pastor for mission — chew on that irony). Of course, if the affluent congregation has some mission dollars to spare, it may even give that poor congregation some spare change to pay a 1/4 time pastor. Beggars can’t be choosers, as my grandmother would say.

Let’s face it. The poorest do not get our best. They get what we can spare once the salaries have been paid, and the buildings have been refurbished, and the choir gets new robes, and the sanctuary has been set ablaze with hundreds of poinsettias on Christmas Eve as we celebrate the birth of a baby born in a leftover stable covered in cow dung.

The poorest do not get our best. They get our worn-out sweaters and the long-abandoned stuffed animals that our kids never bothered to play with and the dusty cans of forgotten food we scavenge from the back of the pantry.

When I was in South Sudan, I saw 10 foot high bundles of t-shirts and other second hand clothing being sold on the street — stuff that had clearly been shipped there by well-meaning Americans and other Westerners. Beggars can’t be choosers, right?  So the beggars get what more prosperous people choose for them, not what they would want for themselves.

Or we send them stuff that makes us feel good. And makes their lives harder.

The poorest do not get our best.

One of my favorite verses in all of Scripture is Matthew 25:40“…Truly I tell you, just as you did it to one of the least of these who are members of my family, you did it to me.”  So when we routinely give the poorest what’s left over after we’ve taken care of ourselves, we’re not only communicating our minimal concern for the least and the lost, we’re demonstrating that we’re not all that much interested in the possibility that Jesus may be noticing our piecemeal efforts. 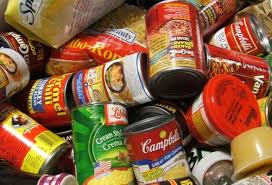 Do you think he notices? What keeps me awake at night is the certainty that Jesus does notice the crappy healthcare we give to poor people, and the crappy clothes we shove in the Goodwill bin, and the tiny checks we write at Christmas time in comparison to what we spend on crap at Target.

I think Jesus takes it personally when the church acts as if it doesn’t have a nickel to spare when, in fact, we sit on riches beyond our imagining. In fact, the only real scarcity we experience is in our theological imaginations.

The poor do not get our best. But, like Lazarus in the Gospel of Luke, my guess is that they’ll get a really good seat in heaven after a lifetime living on leftovers.

And thanks to God’s grace and mercy, you and I will be seated right next to the neighbor to whom we pawned off our old sweaters and our dusty cans of corned beef hash. I think that will be an incredible party and we’ll yuck it up with our new friend and our only regret will be how sinfully stupid and short-sighted we were during our brief, wasted dance on earth.

I wonder if you can take in just how revolutionary it is.