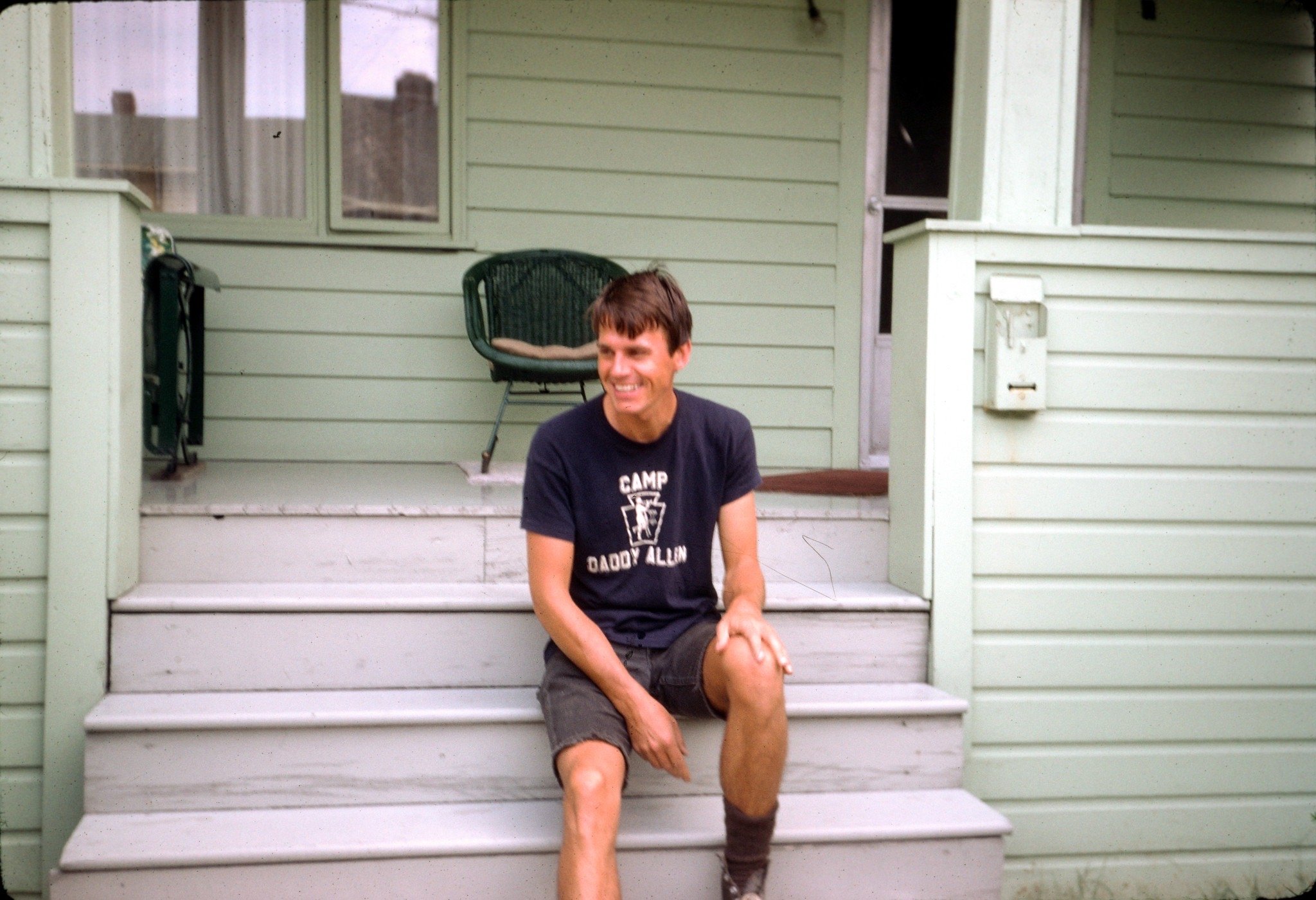 That same day Jesus went out of the house and sat beside the lake.2Such great crowds gathered around him that he got into a boat and sat there, while the whole crowd stood on the beach. 3And he told them many things in parables, saying: ‘Listen! A sower went out to sow.4And as he sowed, some seeds fell on the path, and the birds came and ate them up. 5Other seeds fell on rocky ground, where they did not have much soil, and they sprang up quickly, since they had no depth of soil.6But when the sun rose, they were scorched; and since they had no root, they withered away. 7Other seeds fell among thorns, and the thorns grew up and choked them. 8Other seeds fell on good soil and brought forth grain, some a hundredfold, some sixty, some thirty. 9Let anyone with ears* listen!’

Let us pray: Giver of life, you know and care for all people, whoever we are and whatever our thoughts of you. Speak your Word to us and come among us with love to give life to all, today and forever, Amen.

Throughout the Gospels, Jesus talks a lot about farmers and seeds and birds and trees.

Why does he do that?  It’s not exactly high-brow, theological language.

Well, if you were listening carefully, you may have noticed, Jesus isn’t giving a sermon from a pulpit in a church when he tells this parable about the sower. He isn’t even in a synagogue.

Most of the time, when Jesus talks with people, it is in ordinary, everyday places.

In this parable, Jesus is in a boat on a lake, surrounded by a bunch of ordinary everyday people.

And Jesus uses ordinary, everyday images.  He uses ordinary language. About farmers. And seeds. And birds. And trees. About the work of helping things grow.

Will Rogers once said, “The farmer has to be an optimist or he wouldn’t still be a farmer.”

Similarly, I think it’s true that God has to be an optimist or God wouldn’t still be God. Given the human condition, it would be entirely understandable for God to have given up on us a long time ago.

Because you just never know.

Beautiful things can take root in the most unexpected places. Among thorns. On rocky ground.

Even if the birds eat the seeds, the seed will still come out and be planted in the end.

When I read this parable, it makes me think of how my Uncle Tom spent his life. Tom sowed many seeds, and not only on his farm.

In the early 1970’s, Uncle Tom began teaching at Cheyney University, the nation’s oldest historically African American institution of higher education.  Most of his Cheyney students didn’t come from elite suburban high schools, but from the thorny ground of Center City Philadelphia. After he retired from Cheyney, Tom began teaching part-time at Delaware County Community College, working with non-traditional students, many of them adults returning to the classroom for the first time in years.

But Uncle Tom loved sowing seeds of wisdom and scholarship in that rocky ground. In fact, I remember him saying the adult students at the community college were more focused, and worked much harder than traditional age students. Tom loved them and worked at the community college right up through last semester, just a few weeks before he died. He talked about quitting all the time, but like the committed farmer, he just couldn’t stop planting.

When he was a young man, Tom spent many summers at Camp Daddy Allen, located in the Pocono Mountains – an Easter Seals camp which offered opportunities for disabled children to experience the joy of summer camp just like ordinary kids.  I have only a vague memory of visiting him there when I was a child and learning about how he helped kids in wheelchairs and on crutches have fun in the woods.  But I remember that sweatshirt he always wore, practically every time we saw him. That’s why I chose that photo for the bulletin, to remember that good work he did over so many summers. Tom loved those kids.

Of course, Uncle Tom was also a farmer who loved growing things and taking care of animals (except for sheep, but that’s a story for later) and he loved running the show at his rambling old farm out in Coatesville. I have no doubt many of the happiest moments of his life were spent there, doing the things he was taught by Uncle Bob and Aunt Ruth. Tom loved the farm, and he loved bringing great big baskets and boxes of produce to his family every time he came west to visit us.

But if you ask me, Uncle Tom did his best farming as a teacher.

Because the thing about teaching is you have no idea really what kind of seeds you have planted and where they will land and if any of the work you’ve put in will produce a bumper crop or just a bunch of dry weeds straining to grow in rocky soil.

My guess is that over the many years of his teaching career, Uncle Tom produced a legacy that will stretch into the future, beyond what we – or he – could imagine. Unlike all the other things we leave behind when we die – property, money, friends, family, boxes of photos, a lot of junk in the attic – nobody will ever be able measure the impact of Uncle Tom’s decades in the classroom, or take a complete account of the beautiful things his teaching helped inspire for thousands of students.

Over the last week or so, I’ve had so many conversations with my brother, my kids, and my cousins about the seeds Uncle Tom planted in us and among us. So many stories. So many memories.

Uncle Tom was glue for my brother, my mother and me, along with all of the adults who populated our family’s life after my father died and we moved to Uniontown.

Uncle Tom planted seeds in our lives with his presence, his stories, and his always loud laughter. He patiently watched the musical performances my brother and I put on for him in our living room when he came to visit us in Uniontown when we were very little. For years after he reminded me of my big Nancy Sinatra number: “These Boots Are Made for Walking”

I remember the box turtle and the guppies he brought for us. The box turtle lived a good long time. The guppies were dead within 24 hours when they all ate each other.

I remember how Uncle Tom was a proponent of farm to table cooking long before it became trendy. I remember getting sick of eating fresh, just-picked corn and green beans and strawberries at his farm and begging my mother to take us to a McDonald’s. And I was highly suspicious of the eggs that did not come from the grocery store.

I remember the stories about him dancing all night at Bob and Judy’s wedding.

I remember him eating 20 cups of chili at Eat n’ Park when he came to visit Beryl.

These stories, these moments with Uncle Tom, along with my Uncle Bobby and Uncle Lloyd, are part of everything that made me, that made you, that made all of us.

The passing of Uncle Tom’s generation is hard and it’s sad and it totally sucks for those of us who have to grapple with the fact that WE are the elders now.

Yet, we should celebrate that we have been the grateful recipients of generous love through all the generations.

But as my daughter pointed out this week, one of our ancient cousins married a man named Elmer Moomaw, which just proves there’s a strong genetic tendency among us to do foolish things, mainly out of love, and that’s ok. Foolishness and family just sort of works for us.

Thanks to the optimism of God, our Creator, the foolishness is always more than balanced out by abundant grace.

The sower in this parable does not plant cautiously.

He sows the same way in which God loves us. Generously.

Optimistically. Without inquiring about the condition of the soil.

The sower just keep scattering seeds of love that are brimming with possibilities. And we should do the same.

You just never know when and where something beautiful will grow.

Tom’s spirit has been set free. Tom rests safely in God’s hands.  What Tom has planted will continue to grow. In all of us and in the generations to follow. Thanks be to God.