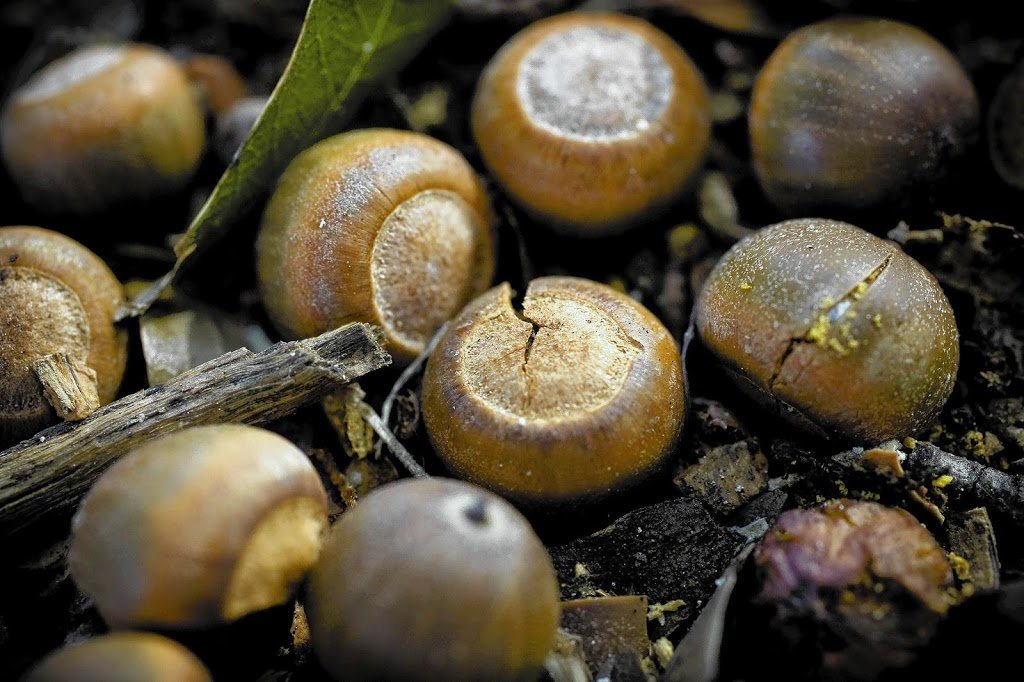 God of mercy.  Forgive us.
We killed you again.
We do it every year.
We crucify you every day.
Why?
I just don’t know what to do about it.
I used to think I could do something if I prayed hard enough but now, I just don’t think I can.
I can’t save Jesus.
I can’t save anyone.
Death keeps happening.
God of mercy.  Forgive us.
Then the lights came up in the sanctuary at Community Presbyterian.
Pastor Donna and I walked out quietly, and went back to her office.  I changed out of my robe and was getting ready to go home and celebrate what was left of David’s birthday.  Then I realized I had left my folder back in the sanctuary.  When I walked back in, do you know I heard playing on the organ?
“Jesus Christ is Risen today, Alleluia!!”
This really ticked me off.  The choir was rehearsing for Easter Sunday, of course.  There was absolutely nothing wrong about that.  But it made me angry.
It made me realize Easter Sunday can feel forced.  In Holy Week, we rush from Palm Sunday to Good Friday to Easter at breakneck speed.  Sometimes, our observances feel as forced as the tulips and the lilies and the hyacinth blooming freakishly early in our warm sanctuaries.  Outside, all the spring bulbs we planted last fall or years ago are still buried outside under the cold mud of early Pittsburgh spring.
When I walked into our church on Friday morning, we also had made the switch over to Easter pretty quickly.  The smell of the flowers hit me immediately with a familiar scent that screams “EASTER,” even while the earth struggles to find its footing after winter darkness.
Perhaps that is as it should be.  In the gospel stories about Sunday morning, none of the original witnesses seem to be much more in sync with Jesus’ resurrection than we are.  The disciples are also trying to find their footing —  grieving, denying, misunderstanding, trying to catch up to Jesus, struggling to make sense of what defies human logic.
There are two gospel lessons assigned for this day, and you’ve heard them both this morning.  Both Mark and John begin their story of Easter morning with a walk to the tomb.  In Mark, there are three women, and in John, there’s just one, Mary Magdalene, who goes to the tomb alone.  In both stories, the women arrive to find the stone in front of the tomb has been rolled away.
But here is where the resemblance between the two texts mostly ends.  The response of the women to resurrection is very different in the two texts.  In Mark, the women, “…said nothing to anyone because they were afraid” (Mark 16:8).  In John, Mary Magdalene practically bubbles over with the news that “I have seen the Lord” (John 20:18).
In Mark, the women are not yet prepared to follow the instructions of the man in the white robe to go tell his disciples that Jesus is no longer there, but on his way to Galilee.  In Mark, the women are so filled with grief and terror that they are not ready to go tell anyone anything.   The gospel of Mark ends not with a bang, but a whimper.  The footnotes in my Bible tell me that there were “two attempts to provide a more satisfactory ending to the Gospel of Mark,” but those attempts have been largely rejected because they were written much later than the oldest manuscripts, and because the added verses are clearly different in style and understanding from the rest of Mark’s gospel.  So if we want to stick to Mark’s authentic story about Easter morning, we have to accept this abrupt ending cloaked in fear and trembling.
John, of course, gives us a far different and more satisfying rendering of Mary’s reaction on Easter Sunday.  Here we see Mary running back to the disciples to tell them what she has seen.  After the disciples return to their homes, still not understanding what is happening, Mary weeps at the tomb and is visited by Jesus.  When she hears him call her name, she recognizes him and is filled with courage to proclaim his resurrection to the disciples.
So where are you this Easter Sunday?  What do you think about the resurrection?  Most preachers will choose either Mark or John to preach on this morning, but this year, I thought we needed both.  Because these two responses to the resurrection seem to represent the gamut of human possibilities.  Mark’s account seems to give us permission to say nothing about resurrection.  And John’s text seems to suggest than we can say everything.  And you and I can fall anywhere in between nothing and everything.  The Bible gives us permission to do that, even if official church line of this day is, “Jesus Christ is Risen.  He is Risen indeed!”

We can say that we don’t know everything about what this day means.  We can say that yes, the tomb is most cetainly empty, but we’re still not sure where Jesus has gone or where we will find him or even what to look for.  We can even mistake Jesus for someone else – a gardener or a just a guy in a robe.  Or we can go home like the disciples in John and wonder what all that fuss was about.
So let’s sit with these possibilities for just a moment before we rush into anything.
Because it seems to me that figuring out resurrection is the crucial work of our lives.  How are we able to see – and I mean really see — the world in all its beauty and all its terror and all its messiness.   How can we see all that and proclaim that death has been defeated?  More importantly, how does resurrection appear to us in those moments when it really matters – by the bedside of someone who is dying, looking into a casket at someone you love, sitting in the pew at a funeral, or hearing the diagnosis you didn’t want to hear?
When it comes right down to it, resurrection life is very, very hard.  And in the end, despite what we sing and say and shout on Easter morning, resurrection is very, very personal.  Even in the joy of Easter, we know that no churchy promise quoted by scripture, creeds or confessions will suffice when we are figuring out what resurrection looks like.  Tastes like.  Feels like.  Smells like.  Lives like.  We can’t understand resurrection in sweeping generalizations, but only in the mess and muck of human life.
That is our work because it is what we have to say to the world.  Resurrection is our audacious proclamation that there is something beyond what we can see.  That resurrection is not only for some future point to save us from hell, but also truth that matters deeply.  Because how we see God’s future has the power to change the world right now.
In her sermon for Palm Sunday last week, my friend Mary Louise quoted a book by Ronald Rolheiser, The Holy Longing, in which the author says that there are two kinds of death. There is terminal death, and there is paschal death. “Terminal death is one that ends life and ends possibilities. Paschal death, while ending one life, opens a person to receive a deeper and richer form of life.”
Reading that statement made me realize that are also two kinds of resurrection.  There is terminal resurrection, which says that the only resurrection that matters happened more than 2,000 years ago, and we either believe in that one or we can’t believe at all.
Or we proclaim that the resurrection didn’t stop with that one moment 2,000 years ago, but unleashed the power of new life that happens every day, available for every person, and we are invited into resurrection life in every moment we are alive.
Some days we’ll see resurrection so clearly that we’ll be nearly blinded by its light.  And some days we’ll be so deep in the shadows that we’ll have to rely on someone else to believe in resurrection for us until we can do it again for ourselves.  And that is what the church is about.
We may not always see it.  We may not always understand it.  We may not even believe it sometimes.  But God is there.  Sometimes we can only hold on to the most simple statement of faith – that Jesus is risen.  Though it may be hard to find any objective evidence of its truth, when we come together in this community of faith, we hear the Word again, and through the power of this table we are pulled again into the story of new life.
No matter where you are on the day of resurrection day, I can only promise you this.  Resurrection doesn’t make life perfect.  And you probably already know that.  But resurrection makes new life possible.
Resurrection and new life will not happen unless something dies, and this is part that makes us nervous.  This is the part that drives us to fight the Holy Spirit until we’re bloodied and bruised.  Not one of us wants to give up that very thing that needs to die in us for new life to happen:  whether it’s a dream, a grudge, or our own bodies.  Most especially our bodies.
But like that acorn on the banner that Clyde has created for us, until something falls and dies, nothing will ever be more than what it is.  Until the seed falls to the earth and dies, all of the potential it holds for bold new life will be wasted.  The only way the acorn can realize its dream of new life as an oak tree is to die to its old life as an acorn.
Can we do that?  Can we let go of what needs to die in us, so that new life may flourish?
Today is not about triumph but thanks be to God, Easter is about hope.
Hope that even in godawful darkness, we will never again have to live without the possibility of light.
Hope that when we are walking in the valley of every thing we fear about life and about death, we can gulp and say, yep.  I can do this.  I can stare into the depths of an empty tomb on a cold morning in April and trust it means life.  I can trust enough to get up, turn away from that empty place, and go see what the living Christ is up to.
Wanna come with me?
It’s Easter.  Resurrection is loose in the world.  Let us follow wherever it leads us.
Thanks be to God. Amen.