The Danger of Advent Dreaming 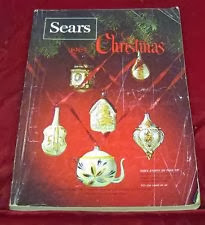 The time for repentance is now.  The kingdom of heaven has come near.  And all of us sitting here are nearer than we’ve ever been to the truth of their prophecies. As Paul said in the Roman’s text from last Sunday:  “Besides this, you know what time it is, how it is now the moment for you to wake from sleep. For salvation is nearer to us now than when we became believers” (Romans 13:11).   Without any detailed descriptions or glossy color photos to let us know exactly what we’re getting into, Isaiah, John and Paul insist that NOW is the time to wake up and get ready for what – a new life?  A better life?

That’s the strange and difficult thing about Advent.  We are preparing for something, but we’re not sure who or what it is we’re preparing for.  We preserve traditions –we prepare the cookie recipe we learned from our grandmothers, we hear the familiar music, we haul out the decorations carefully packed away from year to year.  We drag all those traditions out  of our attic, dust them off, hang them up, light the candles, and slip on our special sweaters with bells and holly.  Those traditions are all good and lovely things.  But our traditions can quickly become idols if we think those are things that are our source of life.  As long as our hearts and souls are full of what we are certain will sustain us, we have lost our ability to receive the surprising things that God has in store for us.  We have lost our creative imagination that allows the Spirit of God to reveal the living Christ among us, and the kingdom that is waiting for us.[1]
This is what has been bothering me about John the Baptist this year.  I see John standing out there up to his waist in the wild swirling water of the Jordon, but I feel as if I’m stuck on shore with Pharisees and the Sadducees where the earth beneath my feet is dry and safe and reasonable.  And let’s face it — there’s nothing remotely reasonable about John the Baptist.  He has forsaken every safe and familiar thing in the world.  John has given up the comforts of home and culture, tradition and family; John has dumped all of it to become a lone man in the wilderness with a single purpose — to call out to us still standing up there on dry land that there is nothing that is packed away in our attic that can save us in the way we really need to be saved.  Nothing can save us that is familiar or easy. Our ancestors can’t save us.  Our feasts and our carols and our candles and our covenants cannot prepare us for what is to come.
The only thing that can save us is to turn around and reclaim the radical dream of Isaiah and proclaim the peaceable kingdom NOW.  We have to climb down off the safety of shore and wade into the dangerous, churning waters of Advent with John the Baptist and be transformed so that we may bear the fruits of peace.  The fruits of joy.  The fruits of righteousness.  We are to proclaim nothing more or less than the coming of God into the world.  As crazy as it seems, as crazy as John may appear, he was God’s prophet who knew that the way of the Lord leads us away from the comfort of the familiar and into the wilderness.  And when we finally reach the Jordon River, we have to take a deep breath and take the plunge into the chilly depths.  Just like Jesus will do when he finally finds John and claims his destiny as God’s beloved son.
I have been trying to explain the significance of Nelson Mandela’s life and legacy to David this week and it has been a real struggle.  It is almost impossible for a 12 year old kid to conceive of such a brutal regime as apartheid – the systematic segregation and marginalization of a majority race of people at the hands of a minority race.  It is also nearly impossible for me to believe that the indefensible evil of apartheid was ever controversial in my own country.  I remember the controversies swirling especially around college campuses when I was a student in the late 70’s and early 80’s.  Mandela had been and will be regaled as one of the greatest moral leaders of the 20thcentury and will be remembered for generations to come.
But there was a time when Mandela wasn’t so beloved. We are wise to remember that it wasn’t so very long ago that the white government of South Africa – and many people in the United States – considered Nelson Mandela a dangerous agitator, an unwanted voice and a crazy prophet.
A British poet and author Musa Okwonga wrote this week about how even now we try to smooth the rough edges of prophets like Nelson Mandela: 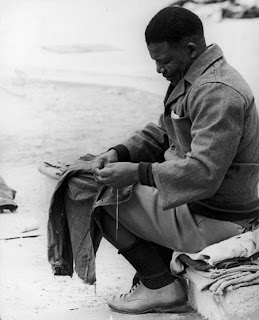 “You will make out that apartheid was just some sort of evil mystical space disease that suddenly fell from the heavens…until Mandela appeared from the ether to redeem us…You will say that Mandela stood above all for forgiveness whilst scuttling swiftly over the details of the perversity that he had the grace to forgive…You will try to make out that apartheid was some horrid spontaneous historical aberration, and not the logical culmination of centuries of imperial arrogance…Well, try hard as you like, and you’ll fail. Because Mandela was about politics and he was about race and he was about freedom and he was even about force, and he did what he felt he had to do and given the current economic inequality in South Africa he might even have died thinking he didn’t do nearly enough of it. And perhaps the greatest tragedy of Mandela’s life isn’t that he spent almost thirty years jailed by well-heeled racists who tried to shatter millions of spirits through breaking his soul, but that there weren’t or aren’t nearly enough people like him.”[2]
Advent is a beautiful dream.  A crazy dream.  A dangerous dream.  It is a dream of righteousness and justice that could land you in jail.  Advent is a dream that proclaims the nearness of God and the passing of the old ways, and such a dream could cost you your head, put you on a cross or maybe even change your life.  But it is the only dream worth having for the people of God.  It is the dream that wakes us up in the middle of the night and the dream that carries us through our lives.  It is a dream that points us to the second Advent for which we prepare — not just in these few weeks before December 25th —  but every day we find ourselves dreaming about a world without war or violence.  A world without disease.   A world without poverty or hunger.  A world in which every child is safe.  If we can dream it, we can trust that God will do it.
Let us prepare our hearts and our imaginations to make a glorious dwelling for Jesse’s root.  Thanks be to God. Amen.
[1] Barbara Brown Taylor.  “Saving Space” in Mixed Blessings.  43.
[2] http://www.okwonga.com/?p=869 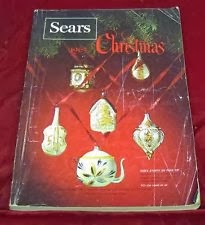